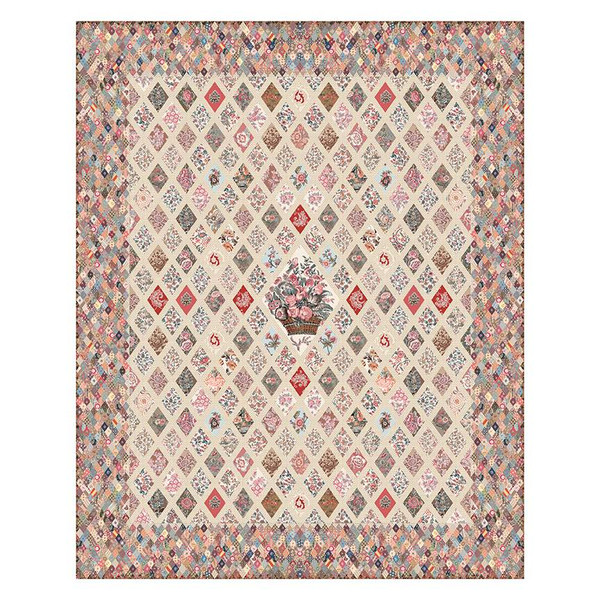 The Jane Austen Coverlet Kit includes pattern and fabric for quilt top and binding. Backing not included. Fabric featured is Jane Austen at Home. The coverlet is a reproduction of the one made by Jane, her sister Cassandra, and their mother. It is a medallion quilt with a large central motif cut as a diamond. This is surrounded by a 232 smaller diamonds and interconnected by spotted sashing. The outer border contains over 2500 smaller diamonds. The kit comes in a keepsake Jane Austen box. Finished coverlet size is approximately 80" x 100".